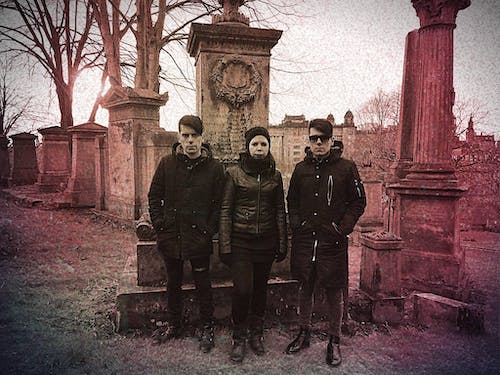 Out from the Shadows and XRAY.fm present:

iCal
Google
Don't miss Ash Code all the way from Italy, on their first US tour!

Ash Code: Consisting of two brothers (Alessandro,and Adriano Bellucio, singer and bassist respectively) and keyboardist Claudia Nottebella, Ash Code has been a powerful presence on the world darkwave scene pretty much since inception. Signed to Metropolis Records out of Philadelphia, who released Ash Code's brilliant "Perspektive" album in 2018.

The Secret Light : A trio (Viktor Nova, Michelle Pecchia, and Kiisu Dsalyss), the epitome of melodic post-punk pop, The Secret Light, having released one of this city's most infectious debuts in 2017, has been busy writing new material, a handful of which will be debuted at this show.