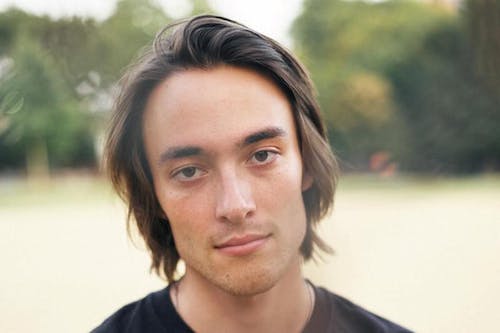 Written and produced by himself in his bedroom, Ben Zaidi's songs bleed with the intimacy of a private journal.

Growing up in Seattle, Zaidi was surrounded by the natural serenity of the Pacific Northwest. While still in high school he began writing songs that caught the attention of local record labels and, ultimately, Harvard University, where he enrolled to study music and poetry. In his dorm room he honed an individual sound that blended the confessional songwriting of Blue-period Joni Mitchell with the sonic minimalism of James Blake.

He developed a following online, relocated to New York City, and within months had sold out back-to-back shows at Rockwood Music Hall. The independently-released single ‘Like It Was Nothing’ soon followed and shot to #2 on the iTunes Electronic Charts. Doors began opening, and Zaidi soon found himself in the studio with artists and producers he’d dreamed of working with, and headlining a packed show at Baby’s All Right.

As his music has expanded outward, Zaidi’s pen has turned inward––examining the self and its relationship to the outside world with unflinching honesty. His meditations on love, loss, and solitude in the digital age often point to the paradox that the more connected we have become, the more isolated and lonely we can feel. But, whether listening on headphones or at one of his intimate live shows, it is the familiarity of these feelings that pulls us right into the bedroom alongside him.