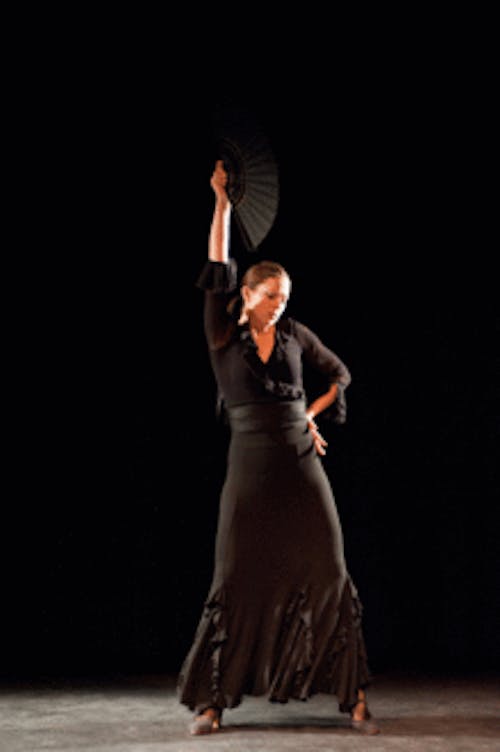 Alfonso Cid, flamenco singer and flute player, was born in Sevilla, Spain. His mother, an amateur singer, and his grandfather were his earliest influences. He also attended the activities of the Peña Flamenca Torres-Macarena. He attended classes at the Cristina Heeren Foundation for Flamenco on July 2007 and 2008. Alfonso recorded on the hit song Mi Santa by Romeo Santos and the great guitarist Tomatito. Alfonso has toured the USA, Latin-America, Israel and Europe. He just toured Spain, France and Italy with the jazz/flamenco band New Bojaira, which has just released an album titled Zorongo Blu. He released Flamenco de vuelta e ida with the band Gazpacho Andalú and an album and three singles with his rock band Dientes de Caramelo.

Jed Miley is a guitarist, composer, and producer based in Seattle, WA. Jed began studying Flamenco guitar at age 16 with local maestro Marcos Carmona, and later played for la Pena Flamenca de Seattle under the artistic direction of Rubina Carmona.

Jed moved to New York in 2003 to pursue greater opportunities in music. In New York, Jed performed at prestigious venues such as Symphony Space and Lincoln Center.

In 2012, Jed moved back to Seattle where he continues to perform with a number of local artists.

Melinda Hedgecorth has been living the last 14 years in one of the capitol cities of flamenco dance: Sevilla, Spain. Surrounded by artists and experts, she has studied, performed and taught flamenco, gaining experience onstage with local musicians in performances at flamenco clubs such as Peña Flamenca Pies de Plomo or cultural centers such as the Centro Andaluz de Arte Contemporáneo. She has been especially influenced by studies with flamenco prodigies of our day such as Israel Galván, Mercedes Ruíz, Belén Maya, Isabel Bayón and La Moneta among many others.

Laura Onizuka, recipient of a 2011 Regional Arts and Culture Council Professional Development Grant, is the founder and owner of Portland Flamenco Events. She has become a conduit of flamenco in the northwest organizing classes, workshops, and events for the community. Twice a year she takes groups of students to Spain to experience flamenco in its birthplace and to continue her own study of this complex art form with masters such as Mercedes Ruíz. Laura is fueled by the challenge and beauty of flamenco. She believes anyone who is moved by flamenco has the capability to access it.