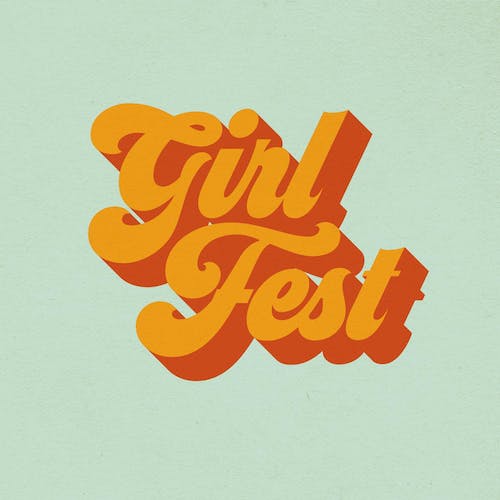 iCal
Google
The 6th annual Girl Fest, founded in 2014 as a celebration of women and non-binary artists in the Pacific Northwest!

In each of her distinct compositions, Seattle electronic music producer, Chong the Nomad, unleashes storms of song that embody both the delicate raindrop striking the single tree leaf and the looming clouds that burst and quench an entire forest. The musician, whose given name is Alda Agustiano, is also one of the fastest rising songwriters in the Emerald City. At 24, Chong has already achieved many of her dreams - and she’s hooked on the prospect of more. In 2018, she released her debut EP, Love Memo, earning “Top Album” recognition from The Seattle Times, Seattle Weekly, The Stranger and famed radio station, KEXP. She played coveted spots at the Sasquatch Music Festival, Capitol Hill Block Party and Upstream Festival + Summit and she’s opened for Grammy-nominated artists ODESZA and Death Cab For Cutie. Since Love Memo, the artist has been featured on a Singapore Airlines Commercial campaign, Visit Seattle, TASTEMADE Travel and a commercial for Universal Audio. Her identity as a first-generation Asian American with a burgeoning musical platform ensures she will help lead a new generation of creative talent. And while her intricate work can be understood as “bedroom groove,” her sound is also nebulous. Trying to put it into a box is like trying to dance in the same river twice.

Guayaba is a round, tender, tropical fruit considered an invasive species in the Pacific Northwest. Considered to have psychedelic and spiritual properties, it is rich in vitamin C and is a nutritious addition to your sonic and visual palate. Please enjoy the refreshing taste!

A reductionist view of Pool Boys’ music could claim four words: Loud guitars; pretty harmonies. Songwriters Emma Browne and Caroline Jackson weave their varied pedigrees together to form a unique sound in Portland music. Pool Boys thrive in dualities - they live in the space where soft and sensitive gives way to grit and ire. Browne’s melodic guitar hooks and oft-spacey, oft-grungy textures are thoroughly supported by Jackson’s weaving bass lines and all four member’s strong voices. The four piece feels equally at home with intricate art-pop outfits or with DIY punk bands. Pool Boys is the thesis project of Portland music veterans Browne and Jackson, and their arrival as songwriters and performers is heavily apparent. Their live performance, with singer-guitarist Annie Dillon and drummer Jessie Seal, has become a sight to behold; they outfit themselves with blue of all shades and laugh together on stage like four pre-teens at a sleepover. Their passion is infectious to their audiences, who can often be seen singing along even the first time they’ve heard the songs.

“Dan Dan are a synth-based psych-dance four-piece with two keyboardists, bass player, and a drummer and what they deliver is nothing short of amazing. The see-sawing energies of the two synthesizers cutting back and forth create a call-and-response interplay that is counterbalanced against the pummeling rhythmic backdrop. Vocals are minimal and heavily distorted, making them feel more like an extension of the electronics. Sometimes heavy, sometimes jazzy, always mind blowing.” -PDX POP NOW

Basil Strawberry is the stage name of, and also band name for the dreamy electronic pop led by, one Basil Jane Stevens. Though she grew up in Missoula, MT, she didn’t begin to glow up until 2013 when she moved to Portland, OR; it was here she developed her appreciation for the bold and beautiful work of artists such as Beach House, Blood Orange, Sound of Ceres, and iamamiwhoami. Stevens has played in tons of bands throughout that time, and you can currently catch her onstage with Miss Rayon, as well as Sound of Ceres side project The House of Aura. Stevens performs live with a full backing band, currently featuring members: Graye Guidotti (Choking Kind), Eirinn Gragson (Laura Palmer’s Death Parade), Eddie Charlton (Lubec), and Jamie Brito (Internet Beef). Incorporating her appreciation for interpretive dance, immersive live visuals, and pop music, Basil Strawberry is the complete artistic work of a young trans woman sharing her experiences.

NO MANCHES (OF THE NOCHE LIBRE COLLECTIVE)

No Manches plays songs heard growing up just outside of Los Angeles, where cultures intersect often, and the influence of the Latinx community can't be missed. Diana Suarez can often be heard playing classic cumbias, hip hop gems, international psych, and chichas.

No images found!
Try some other hashtag or username