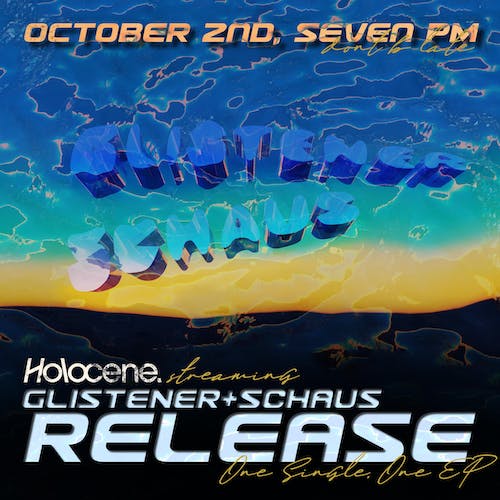 Music release party for local avant-pop bands Glistener and Schaus! Catch live performances from both acts streaming to you live from Holocene with djs Sonwell and Schaus keeping it interesting during the in-betweens.

Glistener will be releasing a new single - Shadows 👽

Schaus will be releasing a new EP - Clustering. 🎉

Glistener is releasing a new single to all digital platforms. Buy their music here:

SCHAUS: Schaus is an electronic/pop project who performs in Portland, Oregon. Schaus released his debut album, Handshake, through UK record label Them There Records. Schaus self-released Quite Okay EP shortly thereafter. Both pieces have no features and were written, recorded and produced by Schaus. Schaus has formed a partnership w/ drummer cjhermsen meant 2 bridge the gap between feeling and reality.

Schaus will be releasing a new EP on all digital platforms. Buy their music here: