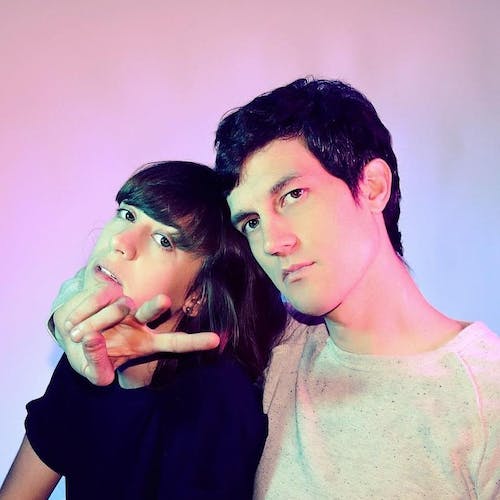 iCal
Google
Join us for a rad local synth pop line up, including a music video premiere from Mordecai!

Futuristic robo-pop streaked with hints of neo-classical and roots music, like a landlocked (and less shy) Frank Ocean.

Mordecai utilizes an eclectic palette of blips, beeps, keys and violin as foundation for dark, emotive shifts of melody. Imagine an Oval record paired with a choir of clinically depressed vocalists. Fans of the Knife, Purity Ring or Grimes will find much to love here...

“Innovative and darkly captivating, capable of pulling audiences in with pop-accessible hooks only to keep them around for the scintillating stories and sounds that come with them.” –PopMatters

Led by multi-instrumentalist and singer Benjamin Tyler, Small Skies started as his experimental, electro-pop solo project under the name Stepkid while he was studying jazz at ASU in Tempe, AZ. After moving to Portland in 2008, Tyler played at many of the small, weird & seedy venues of old school Portland while he refined the sound and live show of his project. In 2014 he enlisted a number of musicians he had worked with to help create the first self-titled Small Skies album for the Ephem-Aural label out of NYC. After the creation of the album the band quickly garnered considerable buzz and started playing a flurry of shows around Portland and also made time for touring around the U.S. These days Small Skies continue to work on perfecting their sound, weaving ethereal, electronic soundscapes into an urgent, very danceable beat. Their latest single 'Candy' was featured on the 2017 edition of PDXPOPNOW! a yearly showcase of local Portland musical talent. Their latest album 'Build' is out now.