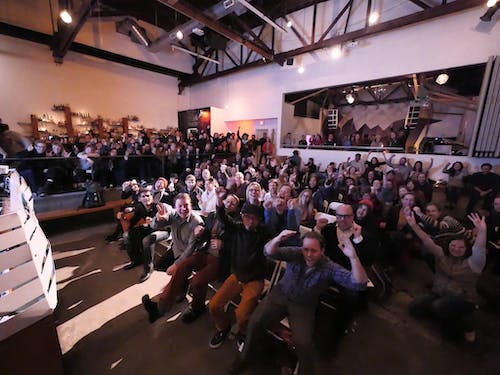 Perseverance is defined as persistence in doing something despite difficulty or delay; it has been described as the antonym of obstinance and virtue that can’t be understated.

As the defining element to any story following the hero’s journey format, it has consistently inspired people for literally thousands of years.

Along with passion, positivity, patience and likely other optimistic-sounding p–words, it’s often considered a cornerstone for long-term success.

For this, please join us for another inspiring night of thinking, drinking, community, and conversations, as we delve into stories of perseverance from across the Portland area and beyond.

What is PechaKucha? PechaKucha is an event series that takes place in 1,000+ cities around the world where creative people get together and share their thoughts, ideas, works, and experiences around a central theme in the PechaKucha 20x20 format. Each city’s event is locally produced, curated and directed by an all-volunteer team.