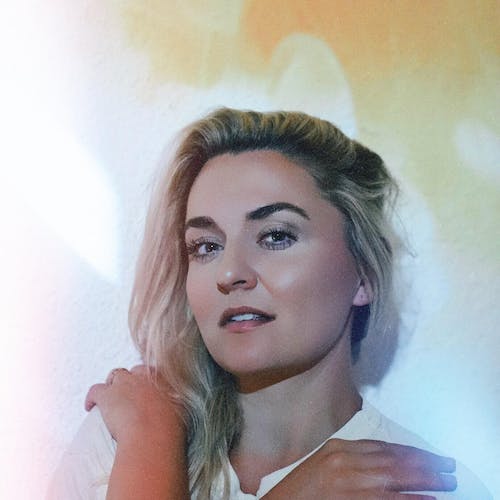 Shy Honey is an up and coming electro pop band out of Portland, OR formed in 2019 by lead singer and local Portland singer-songwriter, Anna Gilbert. Shy Honey’s music features epic, reverberant guitars and moody keys with a “prom night” desperation. The music is upbeat, dark and dance worthy with a subtle nod to the sounds that defined music of the 80s and 90s. Gilbert’s honey-dripped vocals float over synthy pop keys and catchy guitar riffs. Both modern and retro, catchy and experimental, Shy Honey is putting a spin on electro pop in a fresh way, garnering the attention of their hometown music community.

The band played their debut show to a sold-out Doug Fir Lounge in Portland, OR. Two days later, they were asked to open for a People’s Choice Award nominated podcast, Off the Vine hosted by Kaitlyn Bristowe (former Bachelorette) at a sold out Aladdin Theater.

Equally at home on the club dance floor or on a laid-back playlist, Leo Islo’s unique brand of sound blurs the line between Future House, Indietronica, Pop and Chillwave. There’s always a sense of longing just under the glittering surface of his nostalgia-soaked productions, and Islo’s warm, airy croon often touches on themes of love, limerence, heartbreak, and ephemeral mortality.

Notable placements include Marvel’s Cloak and Dagger, MTV’s Are You The One, and VH1’s Black Ink Chicago.

With just a handful of instantly captivating, moody electropop songs available online for public consumption, Nosila’s sound is one that immediately, and intensely, wraps you in its introspective cocoon of emotion. Delicate vocals float over her deft production, which feels both sparse and complex all at once. And although her voice can come draped in effects, it flows with a confidence that leaves no question of her underlying talent as a vocalist and producer. While the vibe is often dramatic, thanks to the subject matter at hand, sometimes it’s even faintly tropical, and this seamless sonic shapeshifting provides the perfect canvas for the poignant, real-life story she seeks to tell. (Vortex Magazine)