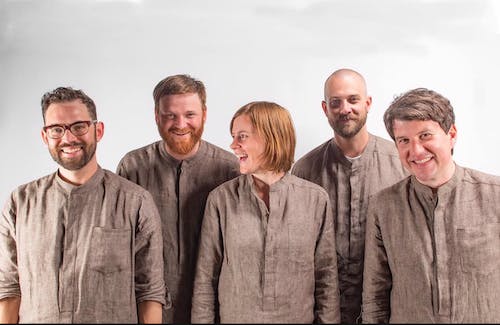 Cataldo, Leo London (of the Domestics)

iCal
Google
PDX indie pop favorites TENTS join forces with Seattle's Cataldo and Leo London of the Domestics! (Nyles sadly had to cancel due to injury)

TENTS: We are a five piece from Portland, Oregon. Our songs are written on long weekends and through late nights in studios, cabins, backyards, and living rooms.

Cataldo has been hailed as “the rare kind of artist who’s able to absorb the chaotic world around him and distill it into crystalline song…with an eye for telling detail and an ear for unusual sonic textures” by American Songwriter. Their 2017 release Keepers has been welcomed as “nostalgic, and effortlessly, poetically profound,” by Nylon and “wistful and hopeful and beautiful, a brightly emotive yet understated slow-build that splits the difference between Anderson associate Ben Gibbard’s pensive indie rock stylings and rhythmically complex pop worthy of an ’80s teen movie’s closing credits” by Stereogum. Cataldo's 6th release "Literally Main Street" is due in September. KEXP calls it "a perfect example of master songwriting."