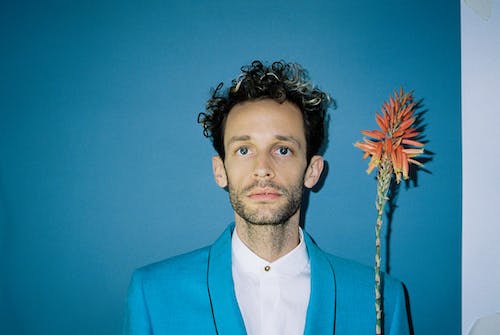 iCal
Google
A dynamic All Ages bill of talented singer-songwriters

Singer-songwriter Wrabel is best known for his hit song "11 Blocks," and his EDM collaborations with artists including Kygo and Marshmello. He has written songs for such artists as Kesha ("Here Comes the Change," "Woman"), Backstreet Boys ("Don't Go Breaking My Heart"), Kygo ("With You"), Marshmello ("Ritual"), Louis the Child ("Better Not"), Galantis ("True Feeling," "Written in the Scars"), Ellie Goulding ("Devotion"), Afrojack ("Ten Feet Tall"), Leon ("Surround Me"), and Bishop Briggs ("Baby," "Water"). He is a 2018 GLAAD Media Awards nominee and was named to Out Magazine's Out100.

Billy Raffoul’s anthemic debut single “Driver” serves as a potent calling card for the 22-year-old singer, songwriter, and musician. His signature sound is a rough-hewn, low-timbered rock and roll that nods to the likes of Jeff Buckley, Neil Young, and Joe Cocker, and is powered by Raffoul’s gravelly, soulful voice and deeply felt lyrics. “That’s one thing for me — a song needs to be about something I’ve experienced or something someone close to me is going through,” Raffoul says of his sources of inspiration. “I find myself going back to moments of time from the past, picking apart these little experiences and building them into bigger things. I want people to know that the songs are genuine, that they've been lived in.”

JOY OLADOKUN was 10 years old when she saw a video of Tracy Chapman singing and playing guitar, inspiring her to do the same. "Seeing a black woman playing folk music and owning it brought something to life in me,” Joy told Ladygunn magazine. After writing and recording “No Turning Back” in her bathroom in 2017, Joy registered the song for a sync website in an effort to try and make some money to cover living expenses. Questioning the sustainability of a career as a singer-songwriter, Joy took a trip home to contemplate moving on from music. While shopping in Wal-Mart with her dad, she received a call that Russell Wilson and Ciara had used “No Turning Back” in their baby announcement video, ultimately leading her to be discovered and signed to a publishing deal with Prescription Songs. An Arizona native of Nigerian descent, Joy combines the sounds of roots rock and folk songwriting with a pop voice. Currently living in Nashville, Joy describes her artist project as an "internal struggle between loving Stevie Nicks and Aretha Franklin."